A garden trimmer that was rattling, with the motor turning very slowly This was a simple fix, all that had happened was that the top motor bearing had fallen out (see second photo). Once pressed back in, and with a few dabs of oil, everything is working nicely again. I charged £5 for this, which […]

Simple problem this one, as the aerial wire had broken off

Less than half an hour to fix (re-solder a new length of wire to the main PCB), so £5 charged 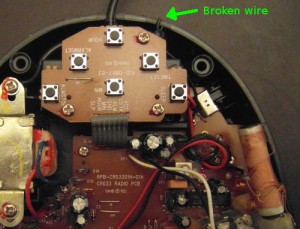 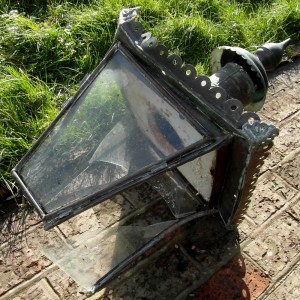 A damaged antique light, a job I’m currently working on.

The customer isn’t in a rush so I’m fitting it in between other jobs. 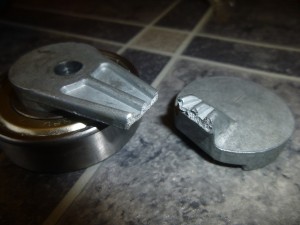 An electric car polisher which was vibrating badly.

On inspection, the counterweight attached to the main motor shaft had snapped off. Although it may have been possible to mend, the balance would never have been perfect which could lead to problems further down the line, so my first port of call was to contact the manufacturers to see if a replacement part could be ordered, however they said that they would replace the whole unit free of charge, as this was clearly a case of defective materials (as opposed to misuse, age, or wear-and-tear)

I charged £10 for this, a worth while repair as a new polisher would have been £50 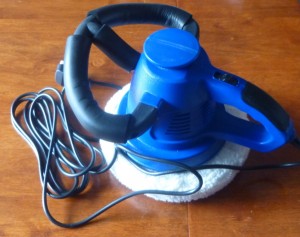 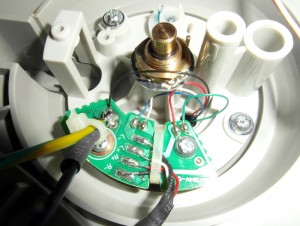 A turntable from eBay, which arrived with a snapped counterweight.
Sadly the returns period had expired and the owner couldn’t send it back. Worse still, he had bought a new tone arm, when I could have easily mended the old one. Oh well…

Having swapped the cartridge, replacing the arm [and counterweight] is a simple case of removing a small pin. Mechanically that’s it, but there are the 4 wires from the pickup to solder too. I took this photo to remind me which colour wires should go where.

With everything reassembled I balanced the tone arm (anywhere between 3g and 5g tracking force according to the manual) and plugged it in for a test. 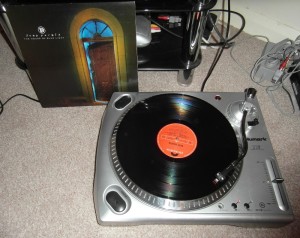 £10 charged for this, which was labour time plus some travelling

A Sanyo MDC-3300F radio/CD/MD which wasn’t playing any CDs. Put a CD in, and after a few seconds the display shows “CD NO DISK”

Usually it’s just the lens that needs cleaning, but I noticed that the CD wasn’t rotating at all, so something else is wrong.

Having opened the case and removed the motor/sled module, I was able to test the motor and it was OK, so we delve further into the electronics. Wiring between the module and main PCB checks out OK but there’s no voltage on the first two pins. Time to unplug the power and dig further… 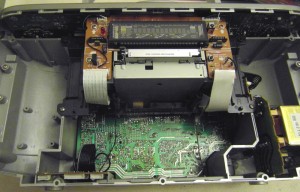 After much un-screwing of bits we reach the circuit board containing the LA6541 chip which drives the motor. (on the photo the PCB we’re looking for is underneath the vacuum fluorescent display, joined at right-angles to the main PCB. The minidisk module and display module need to be removed to get to it).

A few solder joints on the LA6541 chip look ‘dry’, so I carefully resolder them. It’s great that circuit diagrams are available for most electronic equipment these days. The chip shows no signs of having overheated, so confident that this was the problem I reassemble the unit.

Working again, I put the unit on soak test by playing a few CDs on it, start to finish. So far so good… 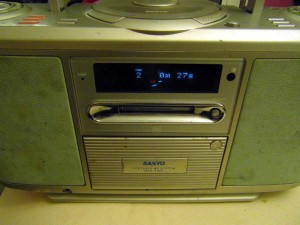 as it was about an hours work, and the customer delivered and picked up the unit.

UPDATE 29/11/2015… After a few hours testing, it’s apparent that there is more wrong with this unit than I initially thought, as it ‘crashes’ and becomes completely unresponsive at random intervals. Suspect an intermittent problem with either the PSU or CPU/controller, so disassembled the unit for a second time for a visual inspection, re-seating the connectors, but without any improvement.  I decide that it’s no longer spending more time/money on this, as intermittent faults like this can become very time-consuming; typically they will work perfectly when you’re trying to see why they are broken!
Handed back to the owner with no charge

A laptop bought in with a damaged screen. Worked OK with an external monitor but couldn’t be used alone as a laptop. 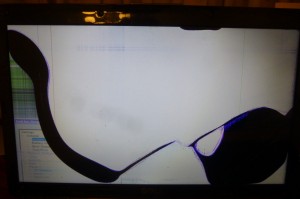 As well as the screen, the lid has cracks near the hinges… 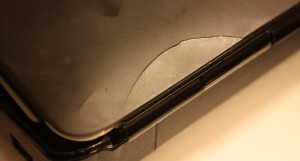 A new screen was ordered and fitted, the hinges loosened a little (very tight before), and the case repaired with small strips of hard plastic 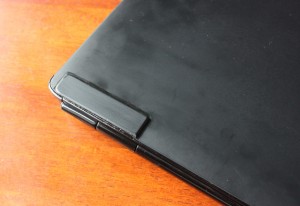 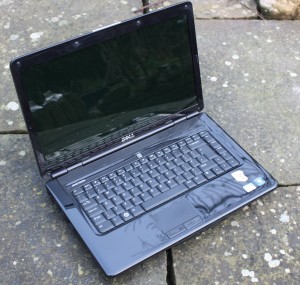 Reassembled and tested, then returned to the customer after a good clean  🙂

I charged £25 for labour, plus £42 which was the cost of the new screen

This bike carrier was refurbished… 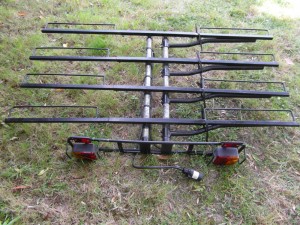 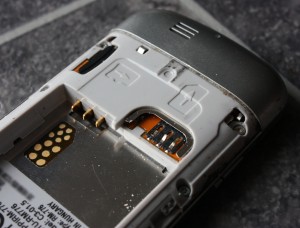 I don’t normally work on mobile phones because I don’t have the full range of specialist tools needed to deal with surface-mount components, however this job looked quite straightforward.

Cause of the problem is some broken spring contacts where the SIM goes in. 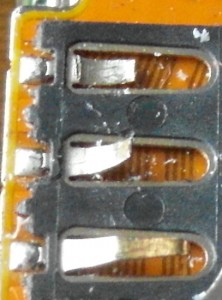 This close-up photo shows that the top contact is cracked at it’s base and will soon break completely, the second one down is snapped but feels firm enough to work with, while the lower tab is OK as it is. 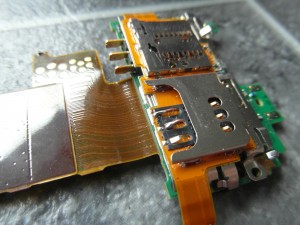 The solution was to make and fit new contacts. Phone was re-assembled and tested OK

It took a few attempts before the top contact would ‘spring’ properly, but then I am using pieces of wire to make the reapair. A professional phone-repair shop will use genuine replacement parts, or most probably sell you a new phone